Share a memory
Obituary & Services
Tribute Wall
Read more about the life story of Bruce and share your memory.

BRUCE LYNN ROSENBERG, age 76, of Ellsworth, died Saturday, November 26, 2022, at the Parkview Manor Nursing Home in Ellsworth. He was born April 8, 1946, in Luverne, to Alfred and Kathryn (Tjepkes) Rosenberg. Bruce graduated from Ellsworth High School in 1964; and attended two years at Worthington Junior College. He served his country in the Army National Guard for twenty four years.

Bruce married Judy Buchanan on November 21, 1970, at the Valley Springs Lutheran Church. The couple lived in Ellsworth for over fifty two years. Bruce worked as a draftsman at A.R. Woods, in Luverne, for eighteen years; and in maintenance at Parkview Manor Nursing Home for twenty eight years. Bruce retired in June of 2012.

He was a lifetime member of Zion Presbyterian Church, in Ellsworth, where he served as an Elder and a Deacon. He was also a member of the Ellsworth American Legion Post 0196. Bruce enjoyed watching the Minnesota Twins & Vikings, watching nature and he was a history buff. He also enjoyed wintering in Florida with Judy.

He was preceded in death by his parents; grandson, John Eric Hoy; and a brother, Larry Rosenberg.

Dingmann Funeral Home, in Adrian, is in charge of arrangements.

To send flowers to the family or plant a tree in memory of Bruce Lynn Rosenberg, please visit our floral store. 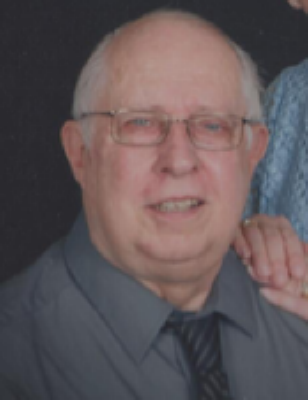