Share a memory
Obituary & Services
Tribute Wall
Read more about the life story of Carrole and share your memory.

CARROLE LEE HORN, age 82, of Beaver Creek, died peacefully on Saturday, November 12, 2022, at the Sanford USD Medical Center, in Sioux Falls, SD, surrounded by her family. She was born January 1, 1940, in Sioux Falls, SD, to Milo W. and Edna (Samuelson) Emery. She graduated from Beaver Creek High School in 1957; and from Nettleton Business College, in Sioux Falls, SD, in 1984.
Carrole married Harvey Horn on May 31, 1958, at St. John Lutheran Church in Luverne. After their marriage, the couple lived in rural Luverne. They later moved to rural Hardwick. After Harvey’s death in 1981, Carrole moved into Luverne. She moved to the place where she grew up, in rural Beaver Creek, in 1995. Carrole worked in Personal Lines and Specialty Insurance at Tri-State Insurance in Luverne. She later worked as a custodian at the Luverne Public School; and as a caregiver at Poplar Creek Estates.
She was an active member of Palisade Lutheran Church in rural Rock Co. where she served as President of the WELCA for over twenty years and on the Building Committee. She was a member of the Extension Club and Bowling league, and served as a 4-H leader and a Girl Scout leader. She enjoyed sewing, gardening, cooking, canning and very much enjoyed her children, grandchildren & great-grandchildren.
Carrole is survived by her six children, Candace (Michael) Reese, Luverne; Kimberly (Jeffery) Wells, Big Lake; Judith (Rick) Teune, Bourbonnais, IL; Harvey M. (Dawn) Horn, Zimmerman; Valarie (Michael) Kastner, Slayton; and Melinda (Jack) Bendix-Horn, Lenexa, KS; twelve grandchildren, Alyssa, Samantha, Joshua, Dustin, Taylor, John, Tanner, Tucker, Katarina, JT, Kyle and Jason; and fifteen great-grandchildren.
She was preceded in death by her parents; husband, Harvey; and a granddaughter, Deanna Joy Green on November 12, 1997.

A time of fellowship will be from 5-8 pm Tuesday at the Dingmann Funeral Home in Luverne; and also one hour prior to the service at the church on Wednesday. Memorial service will be 10 am Wednesday at The Palisade Lutheran Church, in rural Rock Co., MN, officiated by Pastor Mark Eliason. Burial will be in the Beaver Creek Cemetery.

To send flowers to the family or plant a tree in memory of Carrole Lee (Emery) Horn, please visit our floral store. 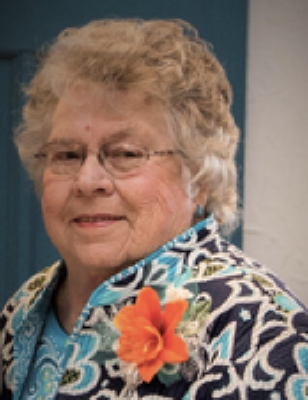