Share a memory
Obituary & Services
Tribute Wall
Read more about the life story of Joseph and share your memory.

Joseph Martin Jeffer, age 80, of Luverne, died Tuesday, November 29, at Sanford Luverne Medical Center surrounded by his family. He was born on August 22, 1942 in Ashton, Iowa to Dick and Hattie (Lyftogt) Jeffer. Joe Lived in Ashton, IA, Matlock, IA and Leota, MN where he graduated from Edgerton High School in 1960.

Joe met Wilma Smidstra and the two were united in marriage at the American Reformed Church, in Luverne, on August 29, 1963. They lived in Luverne, MN.  They were married for 54 years when Wilma passed away in 2018. Joe and Wilma had a son (Richard) and daughter (Rachelle).

Joe had many jobs during his career and all of them related to driving truck. The number of miles he drove over the years is unbelievable. When Joe wasn’t working he kept very busy with his love for the outdoors.  He enjoyed trapping, bow hunting, muzzle loader hunting, slug hunting and fishing. His competiveness led to competing in indoor and outdoor archery, pistol and trap shooting. One thing is for sure, he passed his love for the outdoors to his son Richard and grandson Joey. Joe also spent lots of time snowmobiling with the whole family. He raced cars at the Rock Rapids speedway for many years. It was easy to spot his pink car racing around the track. We were the family without a garage so during deer season it wasn’t unusual to see a deer hanging from the tree on the boulevard and during racing season the tree in the backyard served as a hoist for the race car. He was always his own mechanic, weather it was his race car, boat, vehicle or semi. Another thing Joe enjoyed was going out for coffee. After he retired, McDonald’s was where he went twice a day to shoot the breeze with the other old fogeys.

On one of his many trips, Joe met Danelle Hamilton and on April 25, 2020, they were united in marriage. One of his favorite sayings was apparently you can get almost anything at McDonald’s.

He was preceded in death by his parents; wife, Wilma; two sisters, Joan Van Hof and C.H. Kolleen; and a nephew, Dale Vant Hof.

To send flowers to the family or plant a tree in memory of Joseph Martin Jeffer, please visit our floral store. 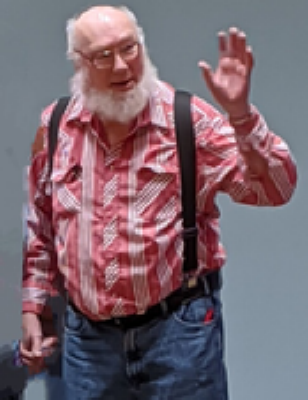