Share a memory
Obituary & Services
Tribute Wall
Read more about the life story of Nedra and share your memory.

On Wednesday, November 16, 2022 Nedra Kay (Calkins) Fueston, the heart of her family, passed from life to her God Jehovah’s loving memory. Her memorial service will be held on Saturday, December 3 at 3:30 P.M. at the Worthington, Minnesota Kingdom Hall of Jehovah’s Witnesses.

Nedra was born in Bolckow, Missouri on October 29, 1939, the oldest of three girls, to Orville Edward and Lucille Eugenia (Lance) Calkins. At 11 years old, she, along with her lifelong friend Valeeta (Jones),  symbolized her dedication to Jehovah in water baptism, a dedication honored faithfully for the following 72 years of her life.

Nedra married Clifford LeRoy Fueston, on November 1, 1958, with whom she served her God faithfully for 64 years. Nedra and Clifford began their life together as full-time evangelizers, serving in that capacity until they began their family. They were blessed with 2 sons, Matthew Clayton, born in 1960, and Jordan LeRoy, born in 1964. They were delighted to welcome into the family daughters-in-law Rhonda (Cline), Matt’s wife, in 1979, and Loretta (Beasley), Jordan’s wife, in 1985. Clifford, especially, had always wanted a daughter, and he found such in these lovely, supportive servants of Jehovah.

Nedra was raised in St. Joseph, Missouri, where she graduated from Benton High School. Shortly after her marriage she and her new family moved to Maryville, Missouri. In 1980 they moved to New Mexico, in 1985 to Leavenworth, KS, and eventually to Fargo, ND for several years. Finally they joined Matthew’s family in Worthington, Minnesota in 1995, where she resided with her best friend/husband Clifford until her death. Beginning in 1983, she was able to serve again as a full-time evangelizer for the following 18 years. And everywhere she went, her natural nurturing personality drew others to her, creating lifelong friends and spiritual daughters.

Until her passing, Nedra was confident that if she died in this world, she would simply go to sleep for a while, and awake in the Paradise promised by our Lord, Jesus Christ at Luke 23:43. This unquestioning faith was just one of the many gifts she passed on to her sons, but also to those fortunate enough to be mentored and nurtured by her.

She was preceded in death by her parents, and her two sisters, Sharon and Patricia. She is survived by her husband Clifford, her sons Matthew and Jordan and their wives, her grandchildren and her great granddaughter, Daphne Helena, born just a week before Nedra’s passing.

Funeral Service will be Saturday, Dec. 3, at 3:30 pm, at the Kingdom Hall of Jehovah's Witnesses, in Worthington. A private burial will take place at a later date.

Dingmann Funeral Home & Cremation Services, in Worthington, is assisting the family with arrangements.

To send flowers to the family or plant a tree in memory of Nedra K. (Calkins) Fueston, please visit our floral store. 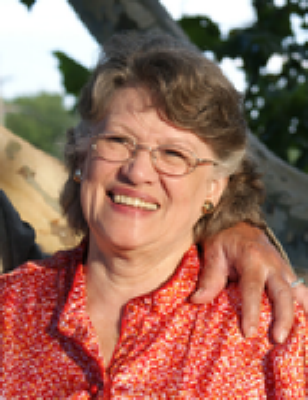