Share a memory
Obituary & Services
Tribute Wall
Read more about the life story of Robert and share your memory.

Robert Edmund Loosbrock, 80, passed away on Monday, November 21, 2022, at the Dougherty Hospice House in Sioux Falls, South Dakota, surrounded by family.  Bob was born on November 24, 1941, in Adrian to Edmund and Coletta (Fritz) Loosbrock. He attended school in St. Kilian and Lismore and graduated from St. Anthony High School. Bob worked for his uncles’ tiling business before marrying Barbara Jean Herrmann at St. Catherine’s Church in 1964. Bob was drafted into the Army prior to getting married and left shortly after the wedding to serve in Vietnam.  Following his tour of duty, they farmed south of Lismore and he worked at IBP.  They purchased the Blue Mound Inn and moved to Luverne in 1975.  Bob later owned and operated Luverne Commodities. After the Blue Mound Inn closed in 2000, Bob and Barb worked in his commodity business until November 2021 when they retired.

Bob immersed himself in agriculture and loved farming, following the commodity markets, and checking the crops and his cattle.  He cherished time with family.  His favorite hobbies were fishing and tinkering.  He and Barb took long drives in their Corvette to grab a bite to eat and try their luck at the casino.  They looked forward to their Lismore card group, especially ringing in the New Year together.

Visitation will be from 2-5 pm Sunday, Nov. 27, at the Dingmann Funeral Home in Luverne; visitation also one hour prior to the service at the church on Monday.  Funeral Mass will be 10:30 am Monday at St. Catherine Catholic Church,in Luverne, officiated by Monsignor Richard Colletti & Deacon Kevin Akker. Burial with full military honors provided by the Luverne American Legion & VFW, will be in the Maplewood Cemetery in Luverne.

To send flowers to the family or plant a tree in memory of Robert Edmund Loosbrock, please visit our floral store. 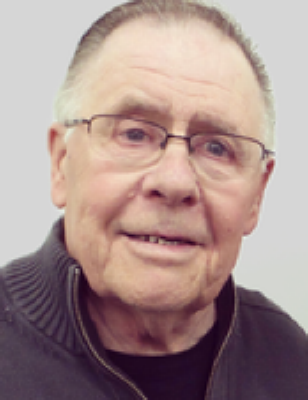